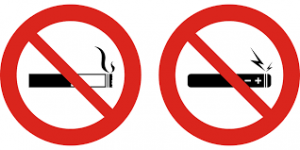 As a teenager, I smoked to fit in, continuing because I was bored. I stopped for 6 months but felt like having one cigarette, one day. After all, I somewhat liked the smoking ritual. And the movie stars made it looked cool.

About a year later, aged twenty-two, I met a thirty-two year old. We started dating. I was infatuated by her. She would ask to smoke the end of my cigarettes. I could not say no, but I did not want her to become a smoker. So I decided to stop once and for all. She was my motivation. It was not easy and I substituted cigarettes for chocolate and fast food.

Some of my clients have had similar experiences: smoking to relieve stress; cigarettes toasting success; smoking to make friends; and more.

I helped them realise that, for example, cigarettes do not relieve stress. In fact, cigarettes cause stress. Nicotine tricks our survival system into believing cigarettes and their substitutes are important for life, more important than food, security and sex. That urge to smoke when feeling stressed is because there is a massive, abnormal amount of dopamine in your body and corticotropin releasing hormone (CRH) is released to bring it down. CRH brings about that niggling feeling. And to top it off, smoking increases stress hormones – cortisol and adrenaline.

I can help eliminate the triggers, happy, sad and indifferent. I heard one client stop smoking through therapy, only to light up on a holiday. As they do not holiday very often, it was not something that came up in the consulting room as a trigger and therefore was not worked on. The result: they became a full-time smoker again until revisiting their therapist.

In just two sessions, I can help you stop permanently and healthily. We will tackle all the triggers. You will learn everything you need to know that can empower you to really want to stop. For instance, did you know cigarettes are laced with sugar to make them more addictive? Specifically, when sugar is burned a substance called acetaldehyde is formed, which is shown to be a positive reinforcer. Also, sugar combined with ammonia produces a milder flavour, to mask the unpleasant flavour of nicotine.

Among other chemicals, cigarettes contain acetone, in other words nail varnish remover, and formaldehyde, used to preserve organs. Yuck! Although e-cigarettes are better, as they do not contain tar or carbon monoxide, I personally am not convinced they are a good alternative. They have not been around long enough for the long-term effects to be known. And research has shown that e-cigarettes aerosol may contain harmful substances like diacetyl. Inhaling diacetyl can cause bronchiolitis obliterans, which can be fatal, if untreated. Research has revealed that certain e-cigarette heating coils leaked potentially dangerous levels of metals. And when a person vapes they may inhale droplets of the e-liquid, which can be very harmful to the lungs.

So to get you started to stop smoking or vaping, just keep a five-day diary of the first cigarette you smoke each day: record day, time, your thoughts and feelings while smoking, the actual desire for the cigarette (rated from 0-10), and actual pleasure obtained from it (0-10). Do your best to delay smoking for as long as you can each day, seeing how long you can go before the first cigarette. If you can, drink water – as water has been found to help with cravings – while smoking, not doing anything else (no coffee, tea, or distractions like phones). Then, record how much you spend a day, week, month and a year. You may soon realise, sooner than you think, how much you now want to stop smoking / vaping. Please see my appointments page if you would like to make an appointment or discuss how I can help you.

This entry was posted in Blog. Bookmark the permalink.