The Truth about Exercise 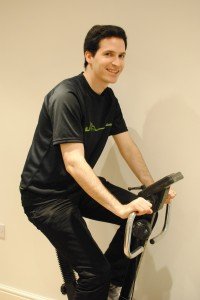 Exercise, some people love it, others don’t. I fit into the second group of people. Although I do enjoy walking and will do so on average for thirty minutes a day. But I have always avoided the gym and I don’t know many people who have the time and enjoy playing sports. However, if you have read my previous blog posts you will know that I am an enthusiastic learner especially about health.

Recently, I saw an episode of Horizon on TV titled ‘The Truth about Exercise’. It was eye-opening. I recommend everyone to watch it on the BBC i-player while it is still available.

Dr Michael Mosley, the presenter, discovered through meeting various specialists the various forms of exercise and what impact it can have on our bodies – and alarmingly some will not get any aerobic benefit. These people are known as ‘non-responders’ and this is due to their genes!

Dr Mosley met an exercise physiologist who showed him the relationship between exercise and weight loss. Whilst jogging around an athletics track his oxygen and carbon dioxide levels were being recorded. At a speed of 6mph he burnt 16 calories per minute. It will take him 55 minutes to burn all the calories of his brunch that day: a blueberry muffin, a banana and a cappuccino. That’s a lot of running to burn off a mid-morning snack!

Many people are not willing to undertake many hours to lose weight and keep it off. And some who do exercise for hours will unconsciously over-compensate by eating more.

If you really want to lose weight and keep it off then you must also control what you eat. But if you don’t see any results, don’t be discouraged because there are many important benefits lie hidden in your body. One of the most remarkable effects of even gentle exercise is what it does to the levels of fat in the blood. Without exercise fat will go into your gut and then into your bloodstream and in-turn will cause a number of changes to your metabolism.  All these things together increase the risk of fatty deposits falling on the walls of your blood vessels.

Dr Mosley ate the same full English breakfast from the same cafe twice over two days with the difference of a vigorous 90 minute walk in the evening before the second meal. A blood sample showed there was a third less fat floating around his body from the exercise. The walking had switched on genes that produce an enzyme called lipoprotein lipase, which plays a critical role in transporting fats and breaking down fat-carrying molecules.

As mentioned earlier, some people do not benefit aerobically from exercise. Professor Jamie Timmons of the University of Nottingham conducted a four-year scientific study on 1000 people. He found 20 per-cent of them were non-responders; 15 per-cent were high responders. Even though some people might not get the results they expected from exercise, they can still receive other benefits, for instance, social benefits. And exercise can decrease the chances of developing type two diabetes by improving the insulin function of removing sugar from the blood and controlling fat.

VO2 max is the amount of oxygen a person’s body is able to use. It’s an indicator of current fitness and future health. Unfortunately for Dr Mosley, he cannot improve his aerobic fitness (VO2 max) as he is a non-responder.

Professor Timmons has also been involved with experiments in a new evolving field of study of training called ‘HIT’ (High Intensity Training). He and his team, as well as researchers from North America, recommend 3 lots of 20 seconds of exercise, with short rests between, 3 days a week. I.e., 3 minutes a week of exercise! They say this is extremely effective for your metabolism and your muscles (as they are being pushed to their maximum and using 70 per-cent muscle tissue compared with 20 to 30 per-cent from jogging). This was demonstrated on an exercise bike.

This will not suit everybody and certainly anyone with a medical condition should consult their doctor before any high intensity exercise.

For the 80 per-cent of the population that does not exercise, NEAT (Non-Exercise Activity Thermogenesis) might help these people. NEAT implies any movement that is not intended as exercise. For example, walking, which can still burn calories. A busy waitress therefore, should she have her NEAT measured, will score highly. Conversely, a sedentary office worker will be the opposite. It is recommended that no one should be seated for more than one hour: our bodies are not designed to stay in this position.

Not only will walking turn on genes that control fat levels in the blood, it will also increase metabolic rate. 1.3 / 1.4 miles per hour walking can double your metabolic rate. The advice from Dr James Levine – a specialist in NEAT – is, “when you have the urge to move, move”. Otherwise as he says your body idols, the blood fat and blood sugar levels elevate. He also states,  “there is profound data that people who sit down all day and even go to the gym in the morning are not doing enough. The sedentariness is killing millions.”

Finally, what we believe is muscle fatigue during exercise can be the unconscious protecting us from what it perceives as danger. Over time through exercise the unconscious will learn that exercise is not life-threatening and we will be able to go for longer.

In conclusion, exercise should be tailored. Some may achieve through ‘HIT’ a grand improvement in their fitness levels. Others may just attain an enhancement in their insulin function. Moderate exercise can initiate an enzyme that controls the fat levels in the blood. And exercise is good for everyone in different ways but personalised exercise is the future.

This entry was posted in Blog. Bookmark the permalink.